Wet, a little bit chilly, and gray.  What a way to celebrate the end of summer!  We spent the last week of August camping on the Olympic Peninsula in Olympic National Park.  We got some hiking in and had a glorious time on the banks of Lake Crescent, but were otherwise bundled up in warm socks, sweatshirts, and coats at night and in rain jackets during the day. 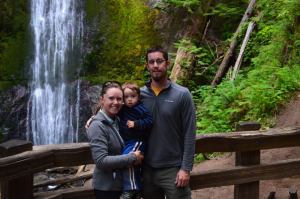 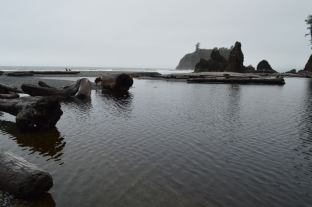 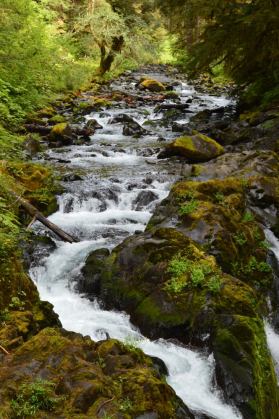 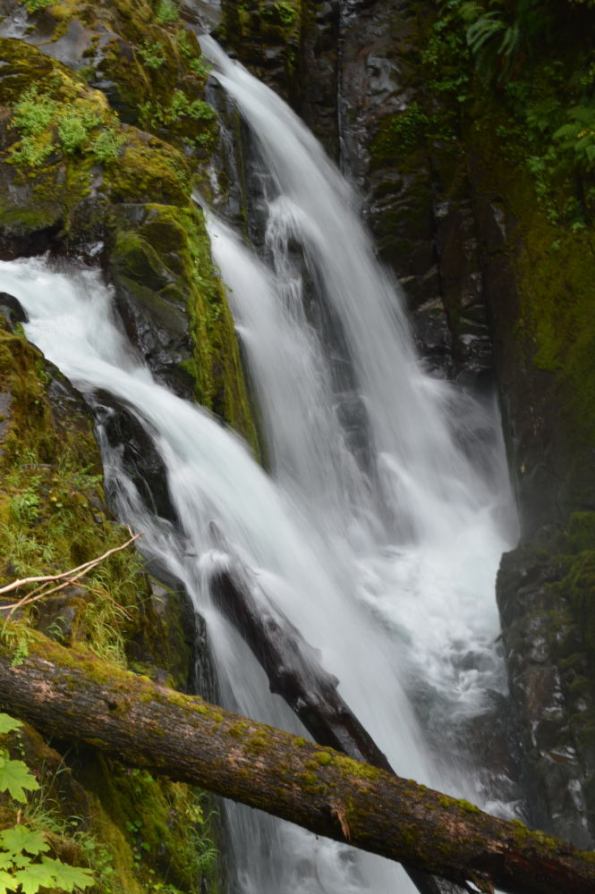 After our night in Staircase, we headed up to camp at Heart O’ the Hills campground, which is on the way to Hurricane Ridge, the most mountainous part of the park that is accessible by car.  We enjoyed some ridgeline hiking and the first real blasts of cool fall air.  The real highlight of camping in this area was visiting Lake Crescent.  The hikes nearby were a lot of fun, but just sitting and staring at the lake was the best part.  At least for me.  For Van it was probably the hours of rock throwing that he was able to do on its banks.

And from here our trip proceeded to get wetter and wetter.  I guess that’s what happens when you head into a rain forest.  We camped near the coast at Mora campground, in close proximity to a beach with great sunset views.  The beach was beautiful, but the sunset was shrouded in the mist that marked all of our visits to the coast. 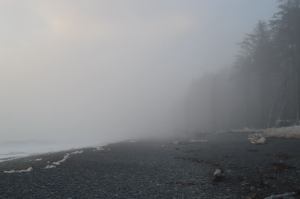 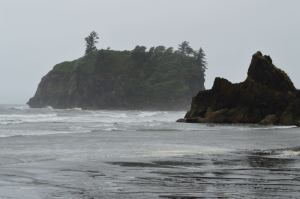 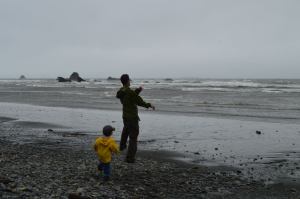 Rock Throwing is Not Limited to Lakes and Rivers

We headed inland to the Hoh Rain Forest, excited to explore the moss-covered trees and lush green forests.  We put up our hoods and had one great hike through the pouring rain, but decided to cut our second hike short when the skies opened up even more.  I like rain – I really do.  But it’s hard to like it when you’re living out of a tent and you have no prospect of being dry at any point in the next couple of days.  That being said, we had a great time playing games in our cozy tent with Van and listening the pitter patter on the nylon above. 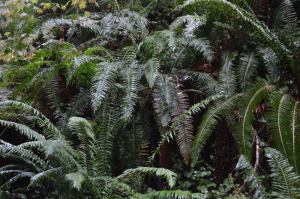 Olympic is a neat place, noted for its vastly different terrain – glaciated mountains, lush old-growth rain forests, rocky coastline, and sunny days in the Olympics’ rain shadow.  Even so, between the wet and chilly weather (to be expected, I suppose) and a run-in with a less than savory character along the coast, I was for the first time on our trip, beginning to question how much longer I wanted to travel.  But in the spirit of explorers who have come before, we pressed on, looking forward to five luxurious days with my parents in a beautiful home in the San Juan Islands.