And off we are, once again, with the open road before us and no home awaiting our return.  We drove west from Denver, heading over the Independence Pass to check out Aspen.  The drive over the pass and to Aspen was gorgeous and looked to be a hiker’s paradise.  If we were planning to stay in the area for the night (we weren’t), we definitely would have checked out a couple of the trails in the area. 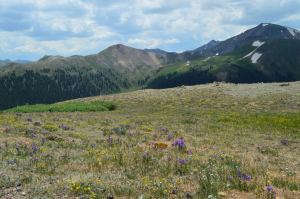 The View from Independence Pass

Instead, we headed to downtown Aspen to find a spot to picnic and check out the town.  Alan predicted I wouldn’t think much of Aspen.  He was right.  So on we drove to Carbondale, a town we visited briefly a few weeks earlier.  As we got out of our car, we heard the not-so-distant sounds of a funk band.  Following the music through some backyards and alleyways, we found our way to a park with a large playground for Van.  He played and played and clearly got over his temporary fear of slides while we listened to the funk band warm up for the evening’s concert.  After Van was thoroughly played out, we walked out of the park between a heated croquet game and about fifty or sixty folks doing yoga.  It turns out you don’t need to cut through backyards and alleyways to get to the park, so we took a much more direct way to the main street and did a little wandering before getting back in our car.

Our original plan was to camp for a night just south of Carbondale, but given Van’s mood (it was good), and where we wanted to get the next day, we decided to make today a long driving day and just drive all the way to Curecanti.  We arrived just before the sun was setting, set up a quick camp, and feasted on a smorgasborg of hard-boiled eggs, cheese, crackers, and raisins.  Living the high life, I know!  The campground left some things to be desired for tenters, but it was practically deserted and overlooked the Blue Mesa Reservoir, so we couldn’t complain.

After our first of three nights in Curecanti, we hit the road to check out Crested Butte.  How do I describe this area in a blog post?  Shangri-La comes closest, but it’s hard to describe in words or in pictures – you kind of just have to go there.  The day after we were in Crested Butte we met a family who had been there the same day as us.  As we were sharing our stories of the hikes that we each took, our new friend told us that if she had seen a unicorn, she wouldn’t have been surprised.  This, my friends, is the perfect description of Crested Butte.  Crested Butte: the native habitat for the elusive unicorn. 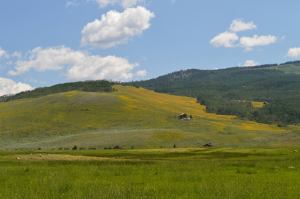 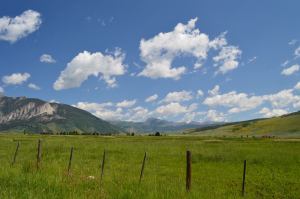 On the Road to Crested Butte

We started our day in Crested Butte hiking along a river, through wildflower meadows, and up a hill to aspen groves.  Every few steps I proclaimed this to be the most beautiful hike I had ever taken.  And then it would proceed to get more beautiful.  This is the Colorado of postcards and magazine advertisements.  I wanted the hike to go on forever.  But, as all things naturally come to a conclusion, so did our hike.  But not before we waded into the river to a gravel bar in the middle to play and eat lunch.  It was a perfect morning. 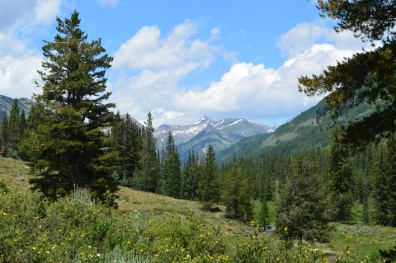 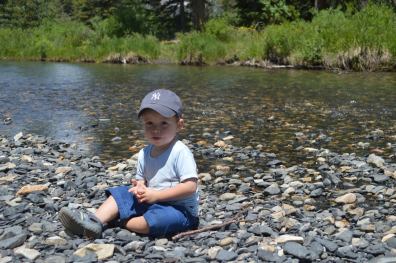 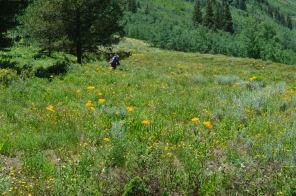 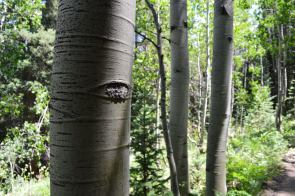 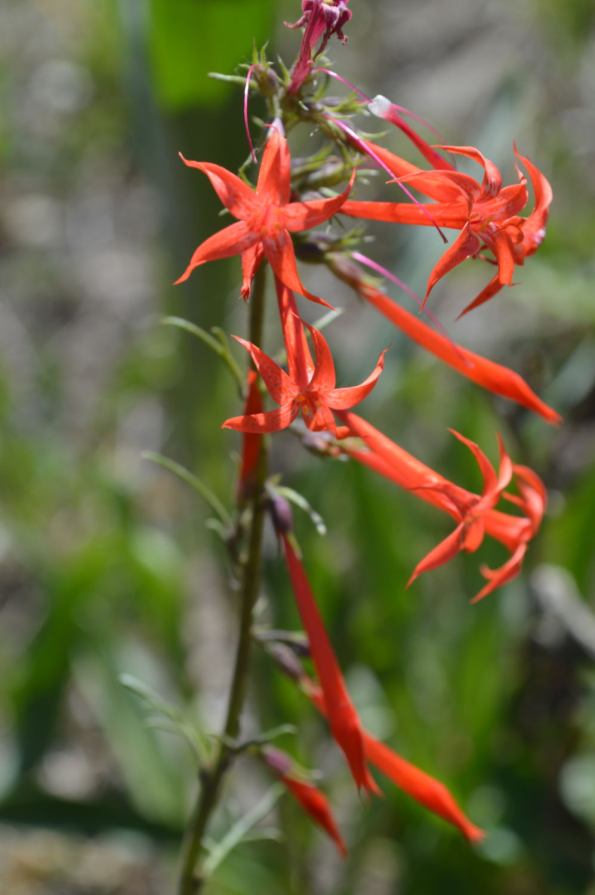 We spent the afternoon poking around town and checking out the library, both to entertain Van and to read up on how to change the light that went out on our car just hours after leaving Denver.  The town did not disappoint.  The people were friendly, the architecture was perfect for the location, and the sun was shining.  Now I just need to find someone who has a vacation home in the area and needs a caretaker. 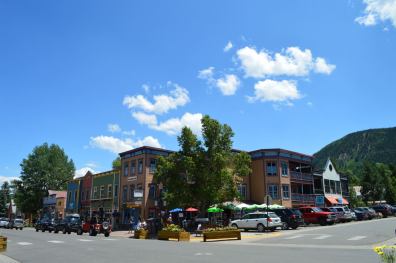